Louis Zampereni was an olympic athelte who, during World War 2, suffered horrible atrocities as a prisoner from the brutal guards in a Japanese prisoner of war camp.   His story, told in the book Unbroken and the movie of the same title, chronicles his determination and willingness to survive.  It also documents an amazing walk of faith that led him to promise to God if He would get him through the ordeal, he would serve him forever.  But this promise was interrupted by hate.  Hate for the ones who had mistreated him while in the prison camp.   In Louis mind, he could feel redemption if those suffered the same fate or worse, were dead.   But his faith overcame his anger when, at a Billy Graham crusade, he gave his life to Christ, keeping the promise he had made.  A big part of that surrendered of his life for a life with Christ including giving up the hate he had for his former captors.    The book of Revelation talks about a place we will one day go.   Heaven is indescribable, even within the pages of the Holy Bible we only get a glimpse.   But we know that the world, a place of suffering, where anger and hate dwell, will one day pass away and a new Earth will manifest itself where in peace, we will dwell with God forever.  There will be no suffering.  We have this promise from God.  All we have to do is remain true to the teachings of Christ.  Learn to forgive and pray for those who persecute us, like Louis did, and one day our reward will be great.

October 2nd, 2022 - Old things will pass and a new Earth will be joined together with a new City.  Christ and God will dwell with us in this new city and nothing unclean will ever enter it.    Imagine a place were we dwell with Christ.  A city whose streets are paved with gold and with gates bejeweled with rare gems and pearl.    Revelation goes to great lengths to try and describe the indescribable.   But the main point that this chapter illustrates is that we are no longer apart from God.  We dwell with Him as he has dwelled within us.   But the suffering and pain is no longer.   A new Jerusalem awaits us.  Like the song says, 'What a day that will be'.

Inspirational wisdom can come from the simplest of things.   So here we offer just a little Jesus as you drive by.   We'd love to have you in for a visit. 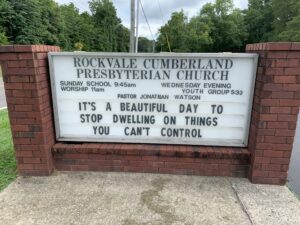 Rockvale Cumberland Presbyterian Church is pleased to announce the opportunity for our church family and friends to tithe securely online.   You can use your credit card, debit card or bank account to securely tithe a love offering or give to our church's ministries such as to our youth program or our building maintenance fund.   You can also use the service's app on your Apple or Android device to give.   If  you chose to do so, you may also select the option to cover the fees the church is assessed for each transaction.  Click the button below to make your offering and thank you. 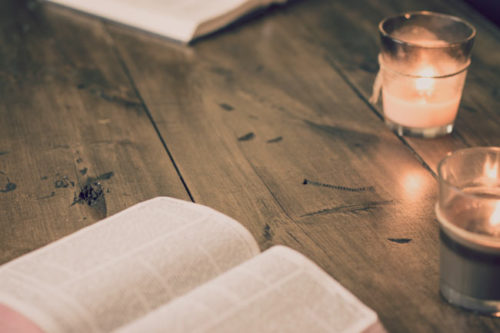 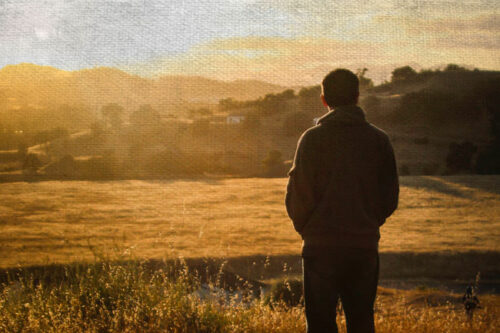 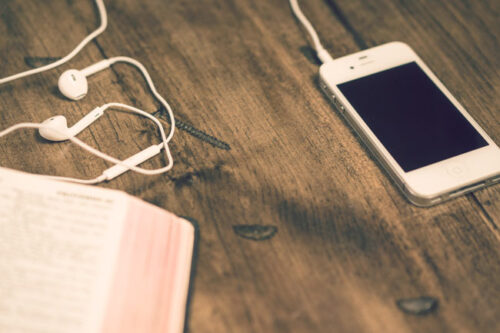 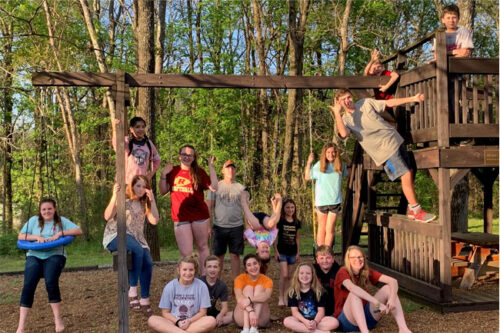 Rockvale Cumberland Presbyterian Church has been a landmark in Rockvale Tennessee since 1889 at a simpler time when church was an integral part of the community.   Church members were family that leaned on each other in times of struggle and celebrated together in times of joy.   This spirit lives on in our diverse congregation bound together by a love for Christ and for one another.   Our motto is simple, 'Whosoever will, is welcome - just as you are', in the manner as Christ said 'Come to Me, all who are weary and heavy-laden, and I will give you rest.'   We hope to see you this Sunday morning. 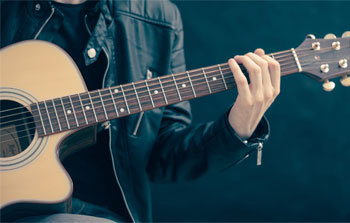 October 2nd, 2022 - Old things will pass and a new Earth will be joined together with a new City.  Christ and God will dwell with us in this new city and nothing unclean will … 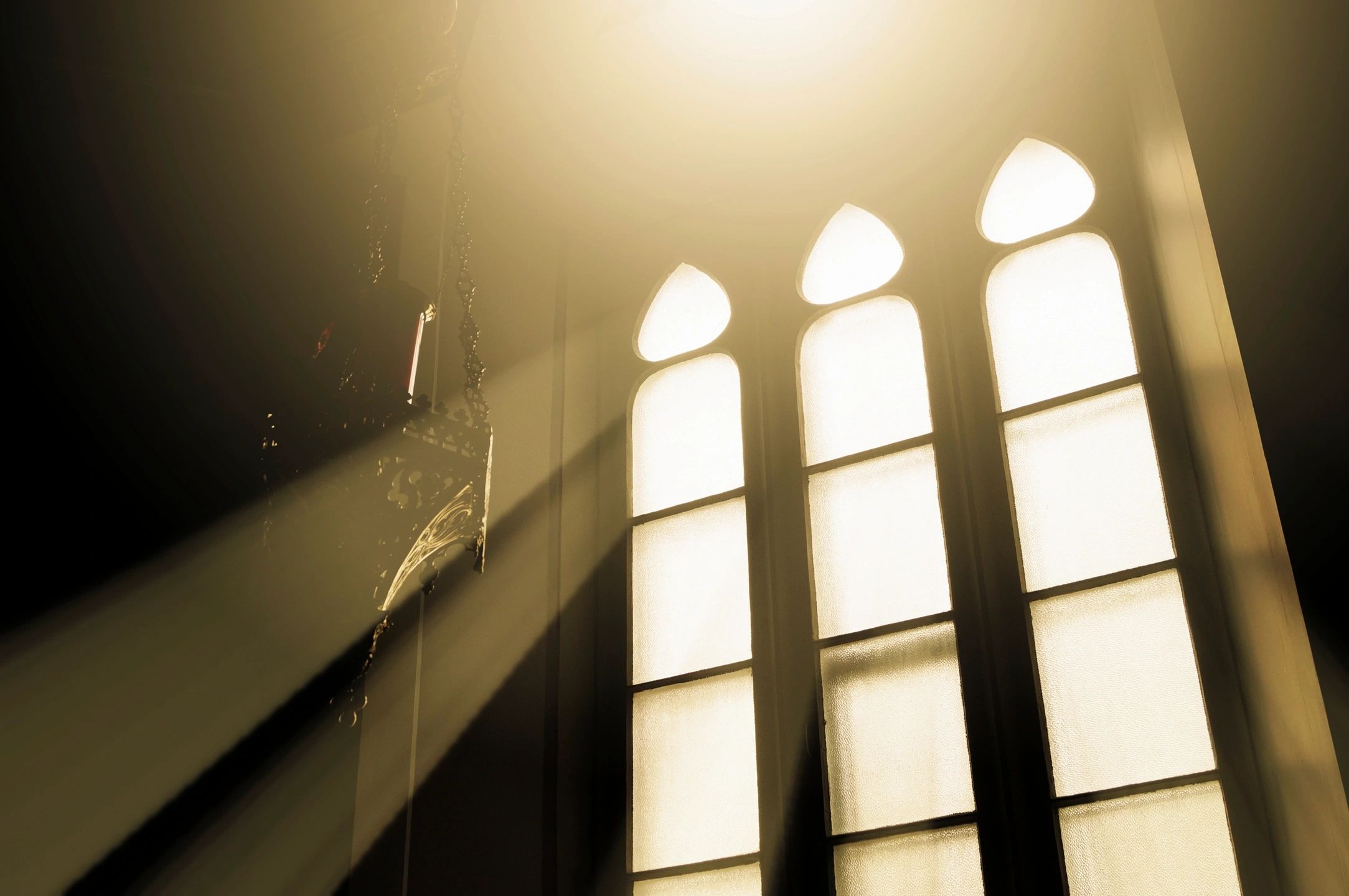 The New Jerusalem
October 2nd, 2022 - Old things will pass and a new Earth will be joined together with a new City.  [Read More]

September 25th, 2022 - In today's sermon, Pastor Jonathan takes us into scripture and explores the moment that the Angel of the Lord comes and binds Satan into a bottomless pit for 1,000 years.   … 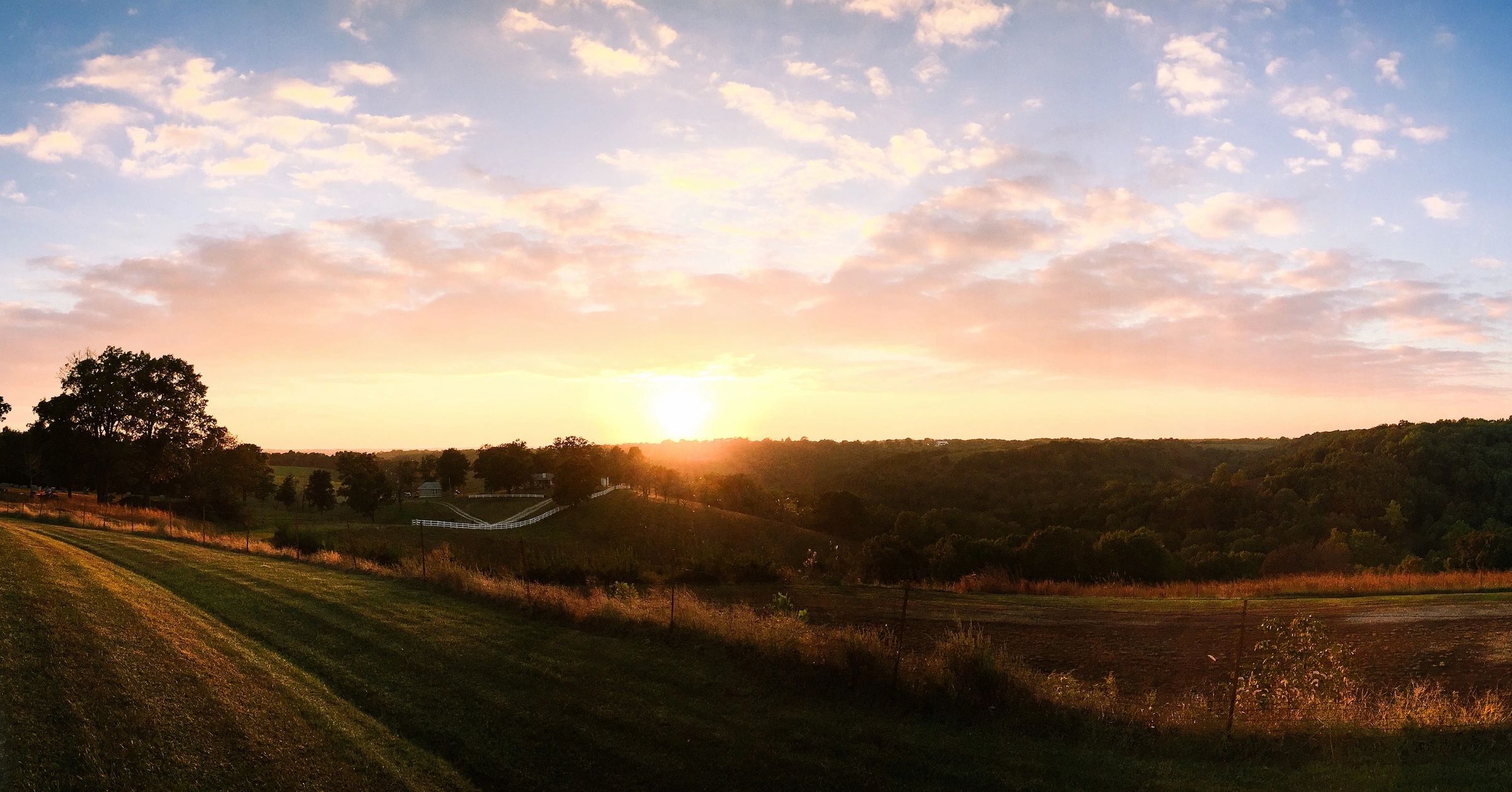 Thousand Year Reign
September 25th, 2022 - In today's sermon, Pastor Jonathan takes us into scripture and explores the moment that the Angel [Read More]

The Fall of Babylon

Sept. 11th, 2022 - In today's sermon, Pastor Jonathan speaks about the great city of Babylon, responsible for the adulteration of so many, and the blood of the Saints, is finally given its judgement.  Its … 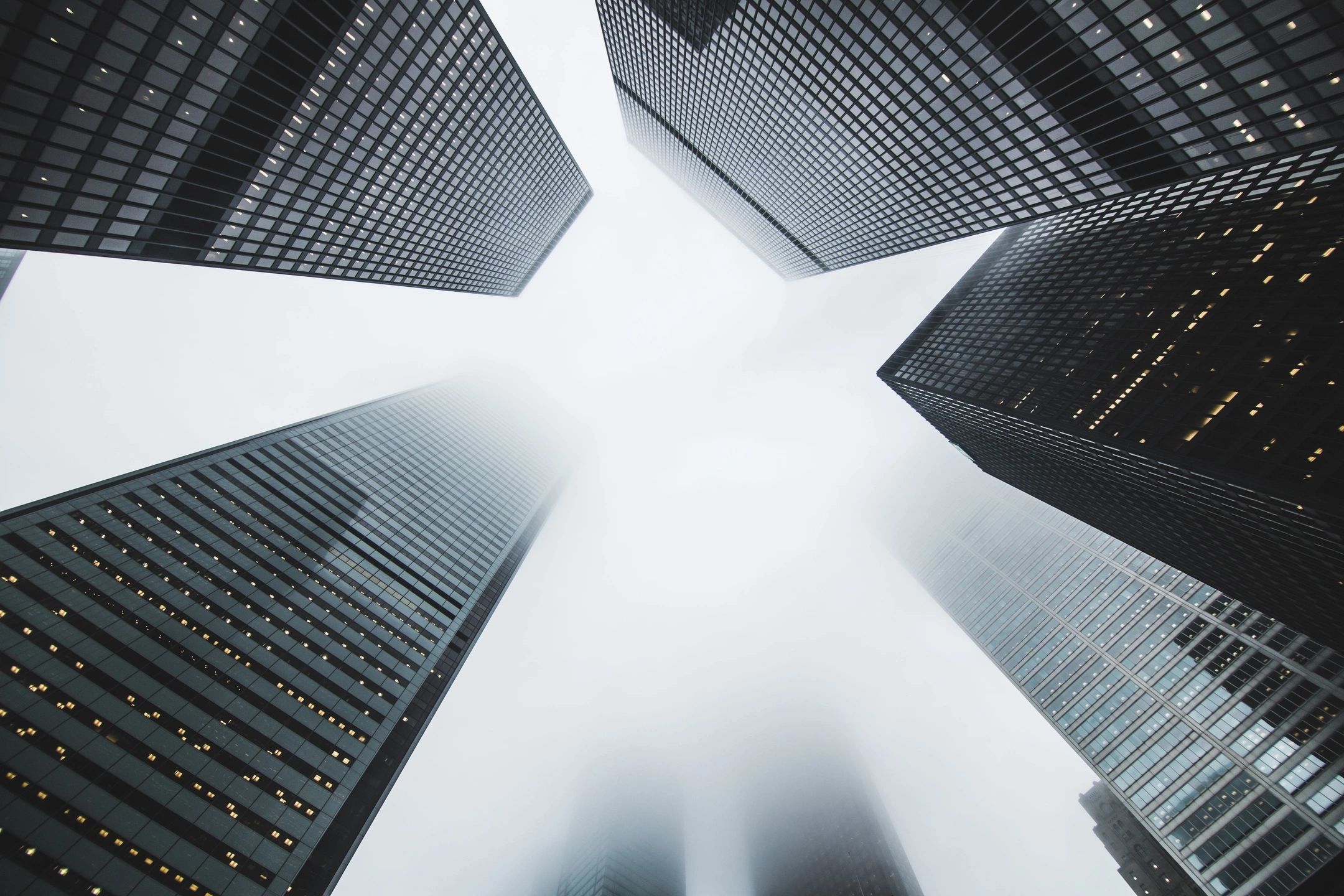 The Fall of Babylon
Sept. 11th, 2022 - In today's sermon, Pastor Jonathan speaks about the great city of Babylon, responsible for the adulteration [Read More]
Load More

Stay up to date

Get all the latest about upcoming events, ways to get involved, and more by joining our weekly email list.