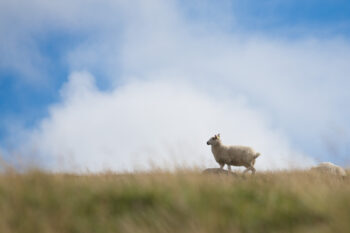 I Know My Sheep

I Know My Sheep

October 24th, 2021 – Jesus made many references to the nature of his person and in today’s scripture, he makes the boldest of His claims that He and God were the same.   This infuriated the religious leaders because not only was he making audacious claims but He was gathering followers which threatened the control these men had over the people.   He made it simple.  Those that came before or claim in His day to be the true shepherds, are thieves that climb over the wall to steal sheep, while He walked through the gate and His sheep know him and respond to His voice.  It is probably no coincidence that this exchange occurs during Hanukkah when the temple was rededicated after the Maccabean revolt following Antiochus’ banishment of the practice of Judaism and the ordering of pigs as burnt offerings in the Temple to the god of Zeus.