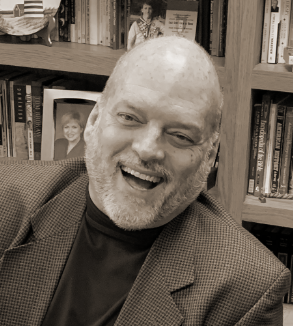 The 24 hour news cycle would have us constantly believing they have discovered the individuals, companies, political parties, and/or special interest groups that are responsible for all the evils that threaten to destroy our way of life.  We, all too often, look to blame someone for perceived injustice, but the truth is our warfare has never been with people.  The reality is that our warfare is with the spiritual powers, principalities and dark forces that orchestrate schemes and plots behind the scenes.  These spiritual forces most certainly attempt to influence and manipulate individuals, groups, companies, courts and/or events in order to carry out their evil agendas.

When we look at the passion of the Christ there are so many bad actors we want to blame for the death of Jesus.  Judas is the first that comes to mind, but the Chief Priest and Jewish leaders who wanted His crucifixion are the ones who hired Judas to betray Jesus.  Pilate could have set Jesus free, so we want to place some of the blame with Pilate.  What about the people who only days before were singing the praises of Jesus yet were so easily swayed to cry out, “Crucify Him, Crucify Him.”

Imagine for a moment what we might have witnessed if we could have seen into the spirit realm during the passion of the Christ.  We would have become acutely aware that the spiritual forces of wickedness had been plotting and scheming years in advance in order to reach this moment in their scheme to kill the Son of God. We would have been able to see and understand how they had successfully manipulated all the right individuals, groups and governing authorities to get to this place.

Once Jesus was hanging on the cross and His death was looking like a certain reality I can only imagine the victory party that was ramping up and beginning to reach a fever pitch around the cross.  The evil one, who had already tried to overthrow heaven and failed, thought he was about to win his greatest victory of all time.  At that moment Jesus cried out, “It is finished!” and then yielded up His spirit and breathed His last.

If the rulers of this age had understood the wisdom of God they would not have crucified the Lord of glory. (1 Corinthians 2:8)  Satan thought he had won the victory, but in reality he was about to suffer a defeat so devastating he would never recover from it for all eternity.

Matthew’s account of resurrection morning began with an earthquake.  The Roman guards stationed at the entrance of the tomb were certainly startled by the quaking ground underneath their feet.  Suddenly, the guards witnessed an angel dressed in brilliant white who rolled the stone away.  They melted with fear as they witnessed the angel taking its seat upon the stone.  The angel seated upon the stone signified a powerful reality.  There was no longer  any need to stand to attention for all enemies had been defeated, and the victory had been won.  The spiritual warfare was over almost as fast as it had begun.  Jesus was alive again!  Death could hold Him no longer!  He had risen from the tomb to rule victoriously forevermore.

It is important that we realize the victory Jesus won has become our victory.  Paul encouraged Timothy to fight the good fight of faith. (1 Timothy 6:12)  Ours is a good fight because Jesus won the victory.  Jesus won and therefore we win.  I John 5:4 states, “For whatever is born of God overcomes the world; and this is the victory that has overcome the world, our faith.”  We are more than prepared through Jesus to take our stand against the spiritual forces of this present darkness.